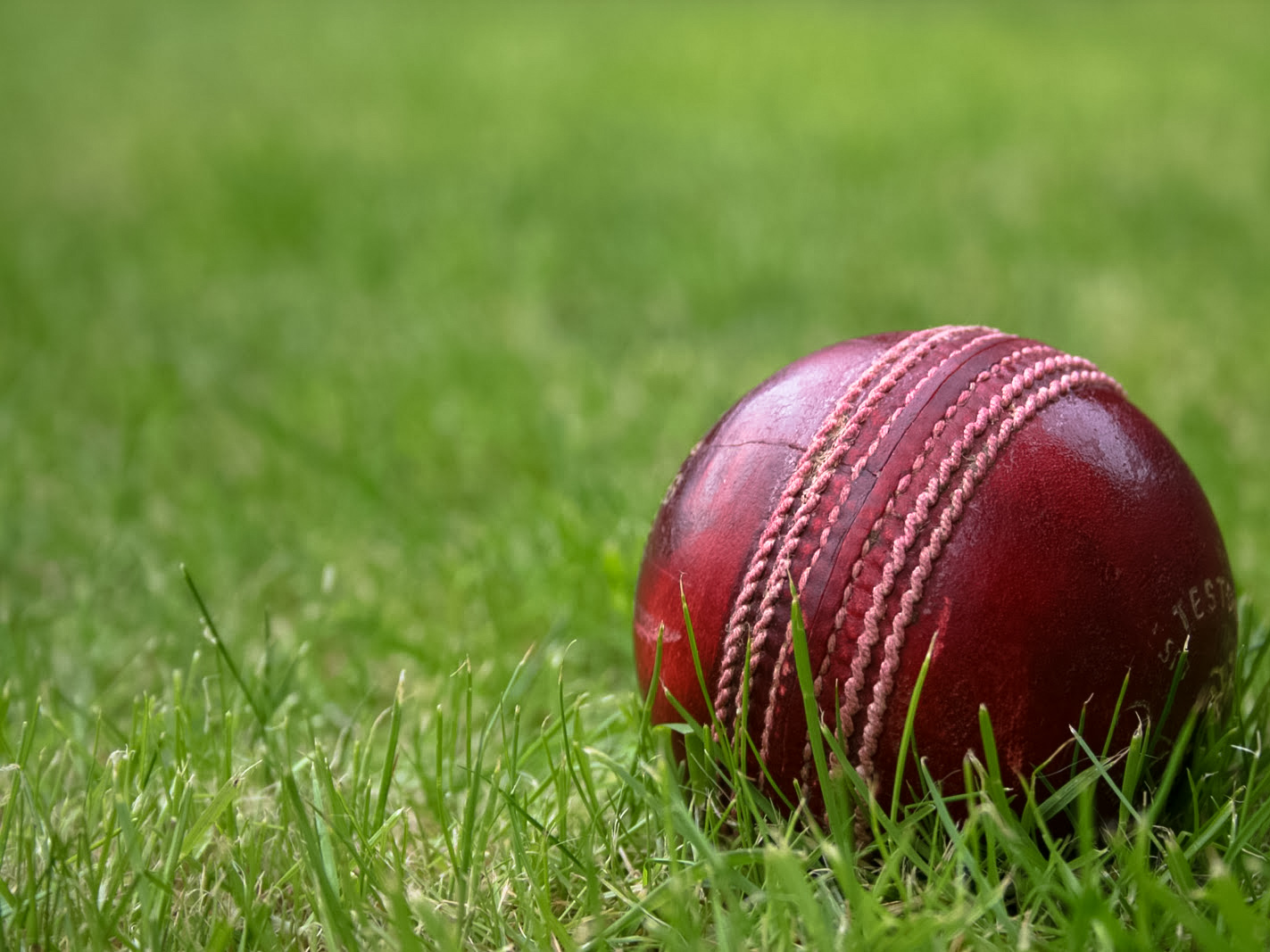 My American friend Brian Vier has been asking to join my cricket team for ages. As we play on Sunday morning he never seems to make it. But that doesn’t stop him thinking he’ll turn up and be the best.

You see, he already plays baseball and thinks that he’ll master cricket pretty quickly. That may well be true but the one problem is the different rules he has to learn, or laws as they are called in cricket.

So, to help anyone who may be interested Brian his friend Ryan and I sat down and I answered their myriad of questions as they fired them at me…

Not quite. You have a bowler and he bowls an over at a time. An over is six balls. He uses these six balls to try and remove the batsman in a number of ways. It doesn’t matter if the ball is hit or not.

How do you get out?

The best way to get the batsman ‘out’ is to hit the batsman’s stumps, the three sticks (also called his wicket) he’s trying to protect. The batsman is also out if the ball is caught after he hits it without touching the floor.

Why is the field round?

The playing field isn’t always round. One of the most famous grounds in the world is called the Oval. This is one of the major venues in London.

This is when a batsman gets to 100 runs without being out. A half-century is if he reaches 50 or more.

Why are they called a bowler?

The bowler is the guy who ‘pitches’ the ball, but the action is totally different to baseball. Rather than sling the ball, his arm must come over his shoulder in a circular motion. He releases the ball from above his head.

How can a guy sit there for three days in a row and score a million runs?

Actually, the world record is 500 runs without getting out. But I thought American’s would like this, as they love big scores. Look at basketball with scores of 97 to 103 for example. My American friends always complain that football (soccer) can end 0 to 0.

Why do games last for 12 days?

There are three forms of cricket: Test Match, One-day (50 overs each) and Twenty20 (20 overs each). A test match can last for up to five days with 90 overs played each day over three two hour sessions. So each session should be 30 overs. And yes, this can end in a draw…

Twenty20 is the newest most popular form. It is very big in India where there is an annual tournament, the Indian Premier League (IPL), featuring all the best players in the world. A game can be complete in a few hours.

One-day cricket is very popular in Australia, New Zealand and South Africa, and can be a thoroughly entertaining day out indeed.

Why does the ball bounce? Why not use a rubber ball?

A cricket ball is made of leather. The ball bounces to add more variety to the game. Rather than just having a good eye, batters must be able to deal with a spinning ball, variety of bounce and also a swinging ball. That is a ball that moves from left to right or vice versa before it bounces.

How do you win? Do you score more than the other team?

Is there an equivalent to a home run? How far do you have to hit it?

Is there a designated runner or is it the batter?

No, each batsman has an individual score and these added together make up the team score. The best batsmen don’t run much. They hit it over the boundary as often as possible.

Why do they use paddles instead of bats?

Why don’t players wear gloves? They play with bare hands?

Players in the field don’t wear gloves because they aren’t soft like baseball players. Of course when batting, players wear protective padding because a cricket ball weighs around 160 grams and when bowled at 90mph really hurts if it hits your body.

Is it true there are fielders behind the ball? Why do they do that?

The captain can put the fielders anyway on the playing field that he likes, including behind the batsman.

Can you hit the ball backwards? Is it in play if you hit it backwards?

Yes, the batman can hit the ball anywhere they like.

Is there no such thing as a foul ball?

There is a foul ball if the bowler breaks the bowling rules. These include bowling the ball above chest height without the ball bouncing, and overstepping the bowling line. These result in a run being added to the batting team’s score and an extra ball being bowled.

How fast is someone’s throw/bowl?

It depends on whether you are a pace bowler or spin bowler. The fastest recorded ball bowled was by Pakistani bowler Shoaib Akhtar at 100.2mph. His nickname was the ‘Rawalpindi Express’. In general today the best fast bowlers reach speeds around 90 to 95mph.

How far away is the pitcher from the batter?

Cricket is played on a wicket, which is a flattened piece of grass. The distance between the stumps is 22 yards. That is 20.12 metres for anyone that doesn’t use the imperial system.

Does it matter if you’re a left handed bowler or batter?

No, not at all. In fact some people believe left-handed batsmen are seen as more graceful and difficult to bowl against. Left-handed bowlers are quite rare these days.

How many players are there on a team? How many on a roster?

For a start in cricket we call it a squad. In a tournament situation, for example the Cricket World Cup, which uses the one-day format, there are 15 players in the squad. This is the usual amount for a touring team.

There are 11 players in a team. There are usually six specialist batsmen, one wicketkeeper and four specialist bowlers. But sometimes there are ‘all-rounders’, players that can bat and bowl very well. These are special players and there are not many top all-rounders in the world.

How long is a cricket season? What season of the year is it played? How many games in a season?

Cricket is most definitely a summer sport! It can’t be played in the rain because this makes the wicket wet and unplayable. So a touring international player spends most of the year visiting countries during the summer season.

If you’re talking domestic league cricket it’s different in different countries. But really the pinnacle of cricket is the international arena.

In England there are two leagues each with nine teams. Each team plays home and away so there are 16 games over the course of five months.

Is there such a thing as an average cricket score and if so what is it?

It depends what you’re measuring. Different countries have different surfaces and different grounds have a par score. It really does depend.

If you mean a player’s personal score then it depends on which format you are talking about. But in general the best batsmen average around 60 runs an innings.

Of course bowlers have an average too. That is the amount of runs conceded for every wicket taken. Again it depends on the format of cricket, but the best players look to have an average of around 20 to 23.

What is the average salary of a pro cricket player?

Cricket does not pay anywhere near the top paying American sports. But who plays for money? The top player plays for prestige surely?

Anyway, for the top players endorsements bring in the most cash. And also playing in the IPL is very lucrative because players earn around a million dollars over a few weeks compared to hundreds of thousands for a basic salary at international level.

But a few top players can earn around three to four million dollars a year. In general a top England international will earn up to one million pounds a year.

What calibre of girls do pro cricket players get?

Good question! Well like all sportsmen, even cricketers attract pretty hot girls. The Australians do pretty well for themselves. But I’d say football players (soccer that is) get the cream of the crop.

Why do you play cricket instead of baseball?

I used to play rounders at school. I guess that’s similar to baseball. But it’s too easy. There are not enough variables to keep me interested. Cricket has so many variations and that’s why I love playing and watching it.

Are there any good American players in cricket?

Hahaha, I think you know the answer to that question…