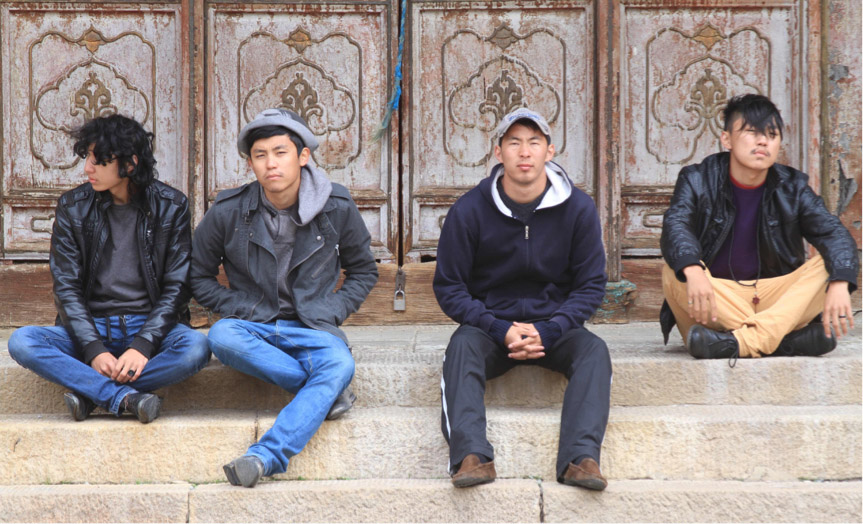 Ulaanbaatar is the capital of Mongolia, not to be confused with Inner Mongolia, which is of course part of China. It is the home country of Mohanik, a “Nomad Rock” band formed in 2004 who will be taking to the stage at Inferno on Saturday June 10th, their first time in Shanghai since touring in 2012.

The acclaimed Mongolian folk and post-punk band are one of the premier rock bands of Mongolia. Influenced by Mongolian melodies and, “the sentimental sounds that have surrounded us since we were kids,” as lead guitarist and vocalist Tsogt Sambalkhundev puts it, Mohank are a Western music style rock band with Mongolian flavoured sound.

“It has been almost five years since our last performance in China,” says guitarist Tsogt. “We haven’t come to China since 2012, when we were developing our new songs for our second album Mohanik at Amarbayasgalant by performing it live on stage. After that China tour we recorded our songs, and the album was released in 2014.” This tour will see the band performing their second album in full, along with a few old favourites.

Mohanik at Amarbayasgalant is a concept album, combining spiritual Mongolian folk, the psychological howling of post-punk, and the ferocity of punk and metal into an epic sound unique to the band. The feeling of the album is spiritual and about the connection between humanity and nature because, “we are nomad Mongolians,” Tsogt tells me. “We have songs with names like Since I Became The Wind, Mirage, Valley of Ease, Mist Wanderer, and Spirits Rouse,” he explains, their songs about human feelings and expressing those feelings by connection to natural events.

Having already toured China three times and also Russia for the V-Rox Festival, Tsogt says that the band would like to tour Japan one day for some of the festivals there. “We’ve shared the stage with many bands in Shanghai and Beijing. There was the Horde, Moon Tyrant, Banana Monkey… It was 2011 the first time we played in Shanghai and we loved all of them,” he says while revealing that the music scene in China is much more developed than Mongolia.

The band believes their second album Mohanik at Amarbaysgalant is a reflection of the development, intensity, seriousness and maturity of the members individually and as a band. It was recorded outdoors live at a monastery in northern Mongolia. So what after this tour? “After this tour we’re going to practice constantly and work on our next album,” says Tsogt, a sign that Mohanik are here to stay.

Mohanik will be performing Mohanik at Amarbayasgalant in full on Saturday June 10th at Inferno. They will be joined by Shanghai expat art-punks Round Eye, who are prepping for their summer European tour, and young local group 大腚 (Big Butt) who will bring the heavy. DJ B.O will be spinning a mix of Mongolian folk and rock that he previously performed at the State Symphony Hall of Ulaanbaatar, Mongolia.