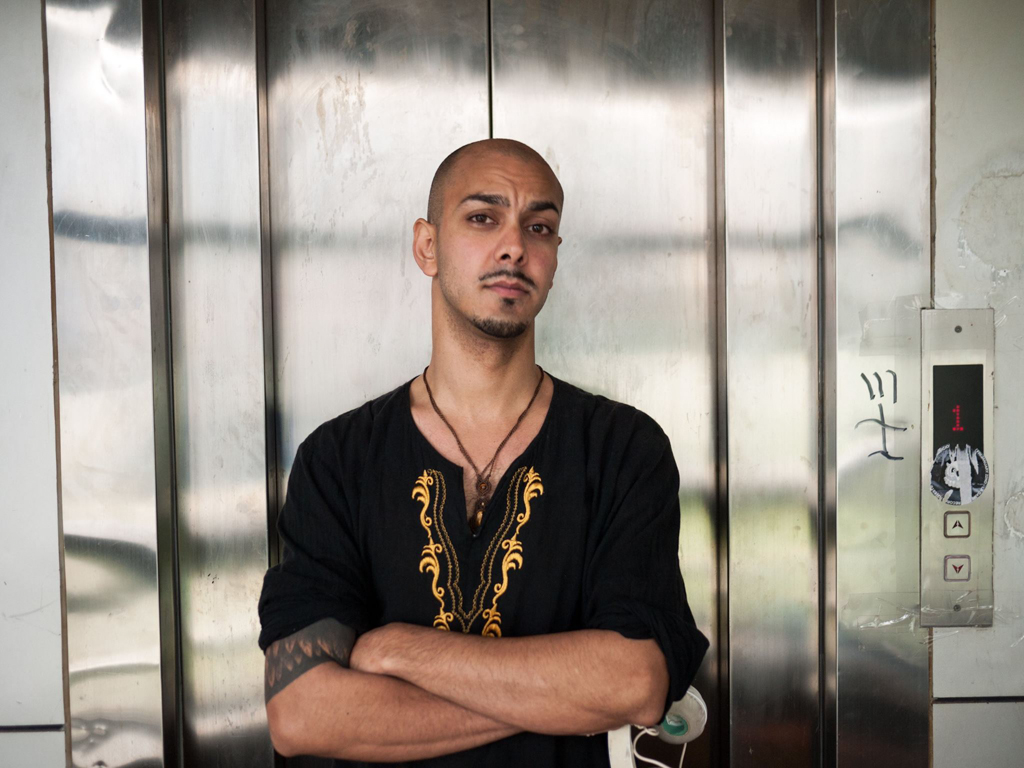 For the start of the 7th year, DJ and promoter of Popasuda, Sal Haque AKA Skinny Brown, has brought in Ajouly Sound and DJ Abalone “to do some crazy new school Global, maniac, madness, off the wall, dopeness,” as he puts it.

Recently Shanghai WOW! spoke to Skinny Brown at length to get the lowdown on the past six years of the Popasuda sound, how the night has developed, and what to expect if you’ve never been to Popasuda before.

Popasuda started back in 2011 when Sal had returned from a trip to Brazil. “ I had brought back a stack of Baile Funk,” he says of the trip. “I was just starting to get into the global stuff, playing Kuduro and discovering the whole global bass movement. I had spoken to Michael at Dada about potentially doing a night there, and that’s kind of how it started. The very first Popasuda was me and Sam (Mau Mau) from Elevator. He came at it with this Moombahton set. It was the first time I had ever heard that stuff, and it was back when it had first started, that shit also helped bridge me into the new Latin bass stuff that was going on.”

One of the defining features of the night is the name; it’s unusual and therefore sticks. “The name Popasuda, I never intended to stick. It’s actually the Brazilian word for ‘big booty’,” explains Sal forlornly. “Mind you I spell it differently. The proper Brazilian spelling is ‘popozuda’, but the name’s kind of taken on its own meaning, especially in Jamaica. Out there it’s Popa (like father) and Zuda. For many of the artists out there, they just refer to me as Zuda, like ‘ZuuuuuDaaaa!’ I like that. It also sounds a little Rasta, which works well. So that’s kind of how I want to present it now, more of it’s own thing.”

Although now it’s an established regular monthly night at Dada nightclub, it was never intended to be that way. “I just thought it was going to be a cool party, and then that was that,” Sal says rather surprised. “I chose the name Skinny Brown because I was skinny and brown, I really had no intention of maintaining either ‘Popasuda’ or ‘Skinny Brown’ as a long-term thing. But the first party was pretty lit, and the response to the music was extraordinary. No one was really doing that stuff back then, mashing up genres and playing crazy Angolan bass shit alongside sitar ragas. I think it felt new, and it felt different. So I did it again, and again, and it just kept evolving.”

So, how has the night evolved over the past six years, I wonder? There must be something that keeps the crowds coming back for more. “Over the years, as I started to dig a bit deeper, I began connecting with producers across Africa, India, South America, and all over. It got to a point where I was getting around two hundred tunes a month. So within a year I had compiled a massive selection of rare global dance music that no one else really had.”

Then Sal started doing the nights on his own. “I started playing like eight-hour sets, and playing what I wanted! That’s what I think makes the night cool, but it’s also why some people don’t feel it,” he tells me honestly. “I might play a house tune for like 30 seconds, pull it up, and drop a Jamaican bass tune. I love the freedom to stop the music when I want, grab the mic, and explain a song. Some people love that shit, and other people simply aren’t used to having the music stop.”

A feature of the night is the fact that the tempo of the music changes regularly, with Skinny Brown never playing a single genre or bpm throughout the entire night. “Music is a diverse art and there’s so much out there, so I try my best to play as much of it as I can, in the amount of time I have.” With Dada being the type of club where musicians never have to compromise their sound this is possible and in fact what makes Popasuda unique.

For anyone who has been a regular down the years, it’s clear that Popasuda has gone through a number of stages. “Right now the entire global bass movement has shifted. There aren’t too many producers making floor-friendly stuff,” Sal explains, his deep knowledge of his sound, and music in general evident. “At the same time Dancehall has come back in full force. And for people who don’t know Dancehall, just listen to any pop garbage shit, it’s all sourcing dancehall. Justin Bieber beats are Dancehall. Rihanna beats are Dancehall. Drake is essentially just Dancehall, he’s even got the Dancehall artist on his shit! Pop music is Dancehall right now. But that’s dope, because it means I can play real Jamaican dancehall at Popasuda, and the crowd understands the rhythm. They can dance to it. That would’ve been impossible three years ago.”

What is Sal’s background in music then? “Man I grew up with music!” he exclaims when this is posed to him. “I got my first set of turntables at 14. But I started out playing guitar, sitar, violin, and percussion. With deejaying I began with Acid House and techno. I used to have old MC303 back in high school that I would make little tracks with. But my deejaying roots are for sure Acid and Techno. I actually used to spend a bit of time with Mark EG and Chris Liberator. My cousin used to throw parties in Canada, and those guys were always in town. It was dope watching Mark EG play.”

Is there one style of music Sal prefers though? “I Love all music. I’ve got stacks of old jungle and drum n bass, shit on V Recordings, all the old Hype and Shy FX stuff, for sure the old white-label Congo Nattys. But I’ve also got Adam Beyer, Cari Lekabusch, Plastikman, Drum Code shit. I love Techno! Big Up the guys at Void, I was at their night at Elevator, it was sick, really good techno!” Without a doubt Skinny Brown is a music man and this comes across in the nights he throws.

Looking to the future, it seems that Popasuda will carry on developing and growing. With the help of Dada, Sal is planning on bringing in bigger international artists on a regular basis, to add to the likes of Warrior King and Dubatonik who played in 2017, and the eagerly awaited Sami-T from Mighty Crown, due to play on December 22.

So, who has been Sal’s favorite guest at Popasuda? “Honestly, my favorite guests at Popasuda are always the local guys,” he says genuinely. “It gives them a chance to play something outside of their normal stuff, and it always really impresses me what they end up dropping. But I’d say my favorite deejay is Ajouly. He’s from Cameroon, and has one of the most unique selections of deep African Bass. He’s also an absolute gem of a person.”

Having lived in Shanghai for 11 years now, Sal must have some thoughts on the Shanghai music scene. “This is one of the most unique music scenes in the world. I’ve lived in a lot of countries and deejayed all over the world, but Shanghai has something very special,” he ponders excitedly. “To a certain extent, much of what’s happening here, has already been happening in many major cities around the world, but here, everything feels new, and as a result, people approach it with a certain vigor. Everyone’s excited here, and I love that. There’s a lot of motivation.”

You can hear the Popasuda sound yourself and maybe get to chat music with Sal as “I’m only gonna do a few hours on Saturday,” he tells us at the end of our interview. “I really want the new generation of sound to start year 7 off in a new direction.”