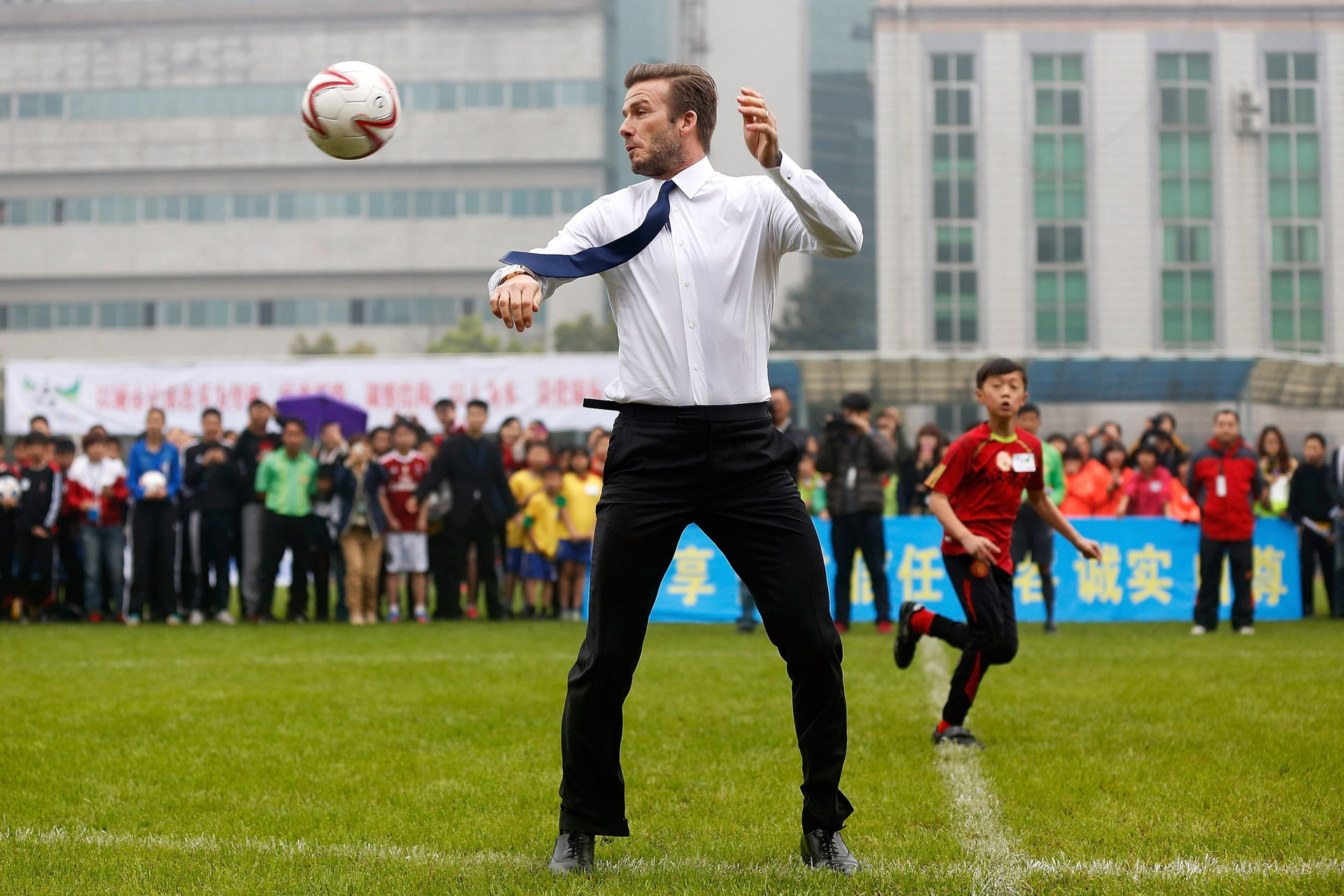 As we head into the 10th anniversary of the Chinese Super League (CSL), Chinese football has never been healthier. The 2012 season saw the highest attendances since the CSL started in 2004, with an average of 18,740 people going to games across the league.

In February 2013 the Chinese Football Association (CFA) invited David Beckham to be their first global ambassador for Chinese football. His role is to promote Chinese football domestically and globally. Beckham says himself, “I’m excited by the prospect of promoting the world’s greatest game to Chinese sports fans”. Unsurprisingly his scheduled 2013 visit to China has gotten fans very excited.

So what are the prospects for the teams during the 2013 season? Guangzhou Evergrande (广州恒大) look to be a good bet to become league champions again having become the first team to win the CSL two years in a row. If they win a third title they will equal Shandong Luneng (山东鲁能泰山) as having the most CSL triumphs.

Shandong Luneng, the CSL’s most successful club have not won the league since 2010 and finished a disappointing 12th out of 16 last season. Their new manager Radomir Antić from Serbia, appointed in December 2012, may be the man to take the club back to the top of Chinese football.

An outside bet would be Jiangsu Sainty (江苏舜天). 2012 saw them finish in second place, the club’s best ever finish in the league. They also picked up a host of other honours: the most valuable player and leading goal scorer for the 2012 season, Romanian forward Cristian Dănălache, who capped a fine season with 23 goals.

Jiangsu’s Serbian coach, Dragan Okuka, was awarded manager of the year for taking his club into the 2013 Asian Champions League; a mouth-watering prospect for fans of Sanity who will get to see their team play clubs from Korea, Thailand and Japan.

A crushing 5-1 defeat to FC Seoul in the first round of the tournament was a harsh reminder of the step up in class, although this was tempered by beating Guangzhou in the Chinese FA Super Cup. This was Sainty’s first ever trophy in the top league.

The money that businessman Zhu Jun (朱骏) has pumped into Shanghai Shenhua (上海申花) should have seen the club gain success but the best they have achieved in the CSL is second place; on three occasions. The astronomical wages reportedly paid to former English Premier League stars Didier Drogba and Nicolas Anelka did not bring success on the pitch. Both have now left the club.

With increasing attendances, massive investment by wealthy businessmen and an influx of foreign players and managers, the 2013 season is looking an intriguing prospect for fans of football in China. Indeed for Jiangsu Sainty, with Asian Champions League football and a great start to the season by winning the Chinese FA Super Cup against league champions Guangzhou Evergrande, the season looks as if it could be the best ever in the club’s history.

Originally published on The Nanjinger