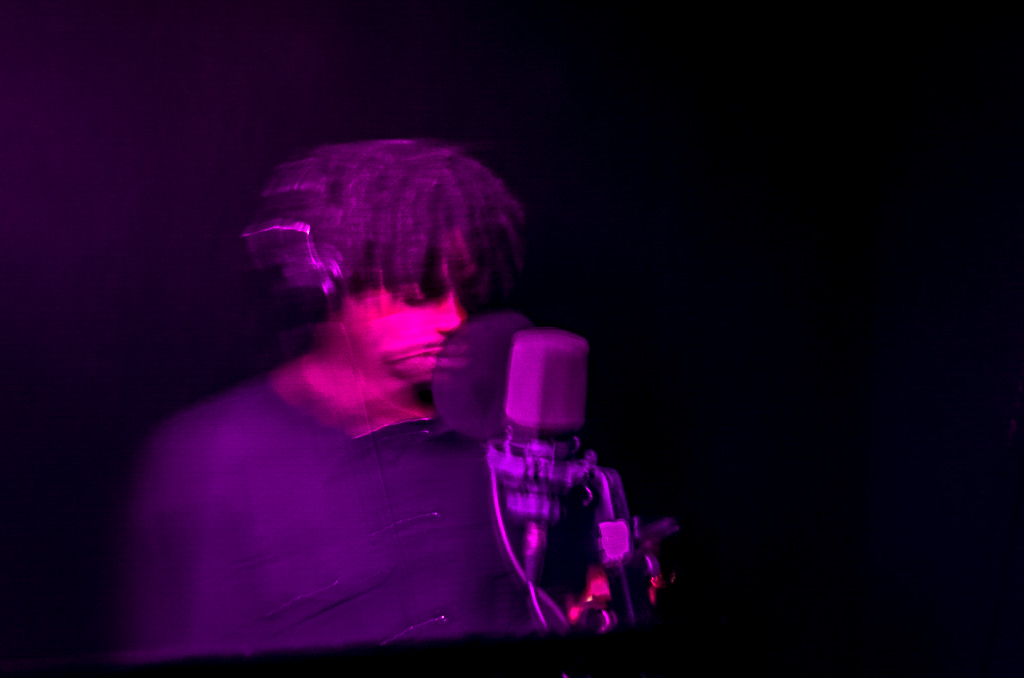 Recently Chengdu rap group The Higher Brothers have put Chinese hip-hop in the spotlight. Their brand of music draws on their cultural heritage as well as using Chengdu dialect. And even if you can’t understand Chinese their songs, such as Made in China; 7/11; and WeChat, all draw on ideas about things relevant in China today.

When I asked American rapper JayEsGee his thoughts on Chinese hip-hop, he was unequivocal: “For the delivery and the beat choices they make it’s very lit.” I meet JayEsGee in mid-September to discuss his new album, Taking Off To. We meet at Sound Wave, the studio where the album was recorded. “I think there’s some Chinese artists out here that could even do super well in the states, if they wanted to,” Jay tells me. The Higher Brothers have expressly said that’s what they want to do, so it’s interesting to hear someone who knows the scene so well in America to say that.

Arriving in China two years ago, JayEsGee came to Shanghai to expand his music. His older brother was already based here and he started working with a label, but it didn’t work out. Undeterred he used this set back as inspiration and started a group called Nimbus League, the idea behind it to bring ideas to life. “Basically if you have an idea you shouldn’t be able to not execute it, if you have the heart and the mindset to do it. Our whole thing is to spread positive vibes and bring people together.”

This idea of positive vibes comes through on Taking Off To, JayEsGee’s album, which took around seven months to record here in Shanghai. The title track starts with the lyrics, “I don’t really know about them/ I’m chilling out I’m Zen,” highlighting that the album is about Jay moving forward with life and not getting into the hip-hop trap of pointing fingers.

“Taking Off To is a bridge between what I used to do and where I’m going to,” he tells me as we chat in the studio. “There are 2 major themes, one was moving on from the past and leaving stuff behind and actually being grateful for what you have. And then the second was loss, which was at a time I lost a bunch of friends.” It’s all really positive stuff, which can sometimes be lost in the bravado of rap music.

Then there’s the production, which is spot on. All the tracks are produced by DGBeats who is based in the US. “I like to write music, but I’m also a fan of production,” Jay admits. There’s a solid mix of modern hip-hop moving into trap music, but also a clear hand to the sounds that really popularized hip hop in the late 90s and into the 21st century, such as Feature Presentation with its mellow synths and soulful beat. Then there’s the tracks that are fun, connecting to what people get up to in real life like Friday Nights. “I like when she dance like this/ she looking hella sexy when she move her hips,” he spits.

JayEsGee wrote all the songs on the album, but where does he draw his inspiration? “I can listen to my friend say a phrase and want to write a song,” he explains, before telling me takes interest in people’s philosophies, and how writing lyrics gives him a chance to give perspective. He goes on to say he listened to a lot of A Tribe Called Quest and in particular Q-Tip. Kanye West is also a huge influence, “because he builds everything from scratch”. Jay-Z, Travis Scott, Big K.R.I.T, and Iman Omari are the other rappers who have been a positive influence on him.

Why is hip-hop taking hold in China right now I wonder? It’s getting to the point where people are embracing what hip hop is “rather than trying to imitate it” as Jay puts it. When he first arrived in China he noticed the hip-hop being presented to the average Chinese person was music you’d listen to in a lounge or out with your parents having dinner. “It wasn’t music that the younger generation could embrace.” Of course, this has all changed with The Higher Brothers and has given room for outsiders like JayEsGee to integrate with the scene as it rapidly expands.

As we near the end of our chat I ask what the future holds for JayEsGee? “My hope is just to be touring,” he says. He loves that aspect of music, it’s so important. So he wants to play the clubs around Shanghai? “I never performed at a club until I came out to Shanghai!” he reveals. Rather the places on his list surprise me, MAO Livehouse and Modern Sky Lab. It seems that JayEsGee is a true hip-hop aficionado and wants to play in the live music venues just as the forbearers of rap did before him.

The rap scene in China has shifted quickly from old skool 90s hip-hop to Kendrick Lemar type music. Places such as Hong Kong, Shenzhen, Hangzhou, Guangzhou and Chengdu have thriving music scenes and hip-hop is developing there quickly just as it did in America, from the ground up. JayEsGee is here at the perfect time to see his album connect with Chinese youth.

You can listen to JayEsGee on the music platforms below:

You can also listen to JayEsGee using the links below: